Why Force and Motion Crosswords?

Understanding force and motion is a key component to understanding physics at large. It’s vital that students retain this information and build upon it in later grades. Force and motion crosswords provide an entertaining and scientifically-proven way to effectively teach this key concept.

All scientific disciplines have a lot of vocabulary to learn, which potentially explains why science crosswords are the most popular among teachers.

Embed with the link below:

Crosswords can also help to avoid overwhelming students with too much information at once. You can start off with smaller force and motion crosswords, then build up to the bigger ones. These two puzzles below provide a nice progression from beginner to advanced.

Certain basic ideas must be covered when discussing force and motion, so it makes sense that certain words would appear in multiple crosswords. Some clues repeat as well. Some teachers, however, take a slightly more creative approach with their clues, as you’ll see.

Here are some answers that come up frequently in force and motion crosswords on Crossword Hobbyist.

The most frequent clues for these words involve direct definitions, although sometimes the phrasing is altered to shorten the clue, or a blank is used for a fill-in-the-blank style question. Definitions might also come directly out of a textbook, or differ deliberately from the textbook to make students understand the meaning rather than memorize a phrase.

Newton’s Laws, or The Three Laws of Physics, often come up in force and motion crosswords, too. Different teachers make different choices about which parts of the laws go into the grid and which parts go into the clues.

One clever teacher turned the clues of a force and motion crossword into story questions. “Lilly is sitting still. Her body is _____.” one reads. These kinds of clues are mixed in with more standard definition clues.

If you find a public puzzle you like from another teacher, you can either print that crossword directly, or select the “edit a copy” function in the left-hand sidebar to use it as a starting point for your own puzzle. The “edit a copy” tool also functions as an answer sheet for crosswords created by other teachers. And don’t forget help other teachers know when you’ve found a good puzzle by rating it on the left-hand side! Helping teachers can be just as rewarding as helping students. 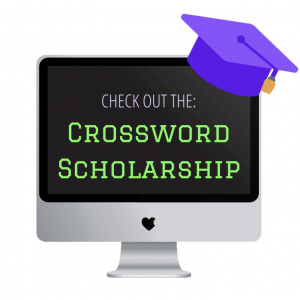